What happened in your MY:24?

Sometimes change is gradual, taking months or even years. And sometimes, suddenly, an event can shift your direction within 24 hours. It’s those quick experiences that make the stories of TV series MY:24. We built this app that facilitates people to document their own life-changing story. 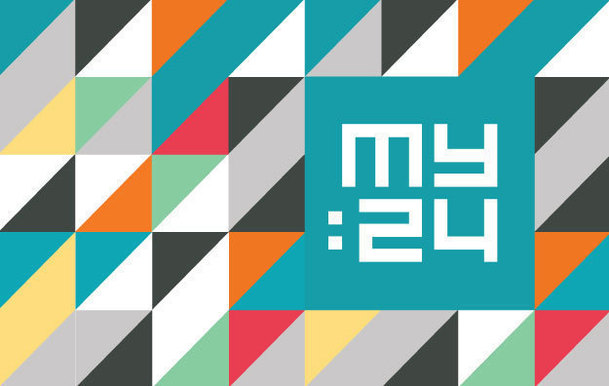 Change usually happens over months or years, but every so often change happens all of a sudden. Sometimes change happens within 24 hours, and it’s that sort of change that is the focus of the app and TV series MY:24.

MY:24 is a series airing on ABC and available through iView. Each episode in the series chronicles 24 hours in a young Australian’s life, the 24 hours that changed their life forever. The iPad and iPhone app that we developed is an extension of the series. Through text, uploaded photos, audio narrations and video, the app enables you to create your own micro-documentary to tell your story.

Each story in the series is told from the young person’s perspective, in their own words and using their own images. One of the stories features Lucas, the teenage filmmaker whose MY:24 was the day he decided that enough was enough and that he wouldn’t let his dyslexia be a burden.

The stories touch on depression, bush fires and family situations on one side, and gyms, circuses and filmmaking on the other (just to name a few).

The app Freerange Future developed in association with concept creators, Sam and Dan from Sandpit, was released into the app store last week.

So what to do? Well we suggest you go to iView and watch some of the inspiring stories, and if you know any teenagers that have their own story then encourage them to download the app and make their own MY:24.